Malware and Virus infections, why do we care? 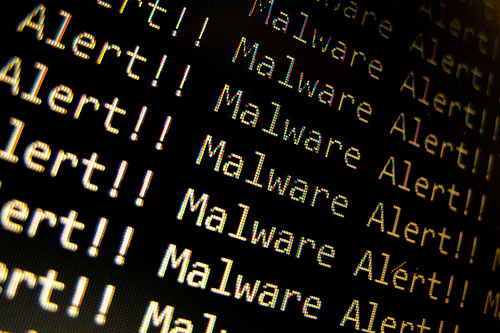 Malware and Virus infections, why do we care?

As of April of 2015, CNN reported that there are nearly one million new malware and virus threats released every day (http://goo.gl/xDCWth). With an influx of threats this large, everyone should be worried about this. Another year later, I can only assume that this number has increased. Unfortunately I couldn’t find any information to support this.

How to protect yourself

With a threat like this looming each and every day. It is critical that you take the following recommendations to prevent an infection in the first place.

Have a Virus scanner installed

It doesn’t matter what scanner you have installed, just have one. Personally I use Avast (https://www.avast.com/) and swear by it. But seriously…make sure you have something.

Keep your security software up to date

All the virus and malware scanners in the world can be installed, but if they’re downlevel, they aren’t doing anything for you. It is imperative that updates are installed as they are released. This ensures that you will have the latest virus and malware definitions so any of these new threats released each day will hopefully be found. This should include not just your virus scanner, but Windows Defender, Microsoft Security Essentials, and any general Windows updates too.

Enable Auto-Update for all of your security software

This helps with the previous point. If you aren’t the best about keeping things up to date, the auto-update features can be a life saver. The software will receive a push notification from the company letting it know that it should update itself. Which should happen shortly there after.

Turn on your Firewall

The first Windows Firewall was made available in Windows XP. Since then, it has been a staple of Microsoft Windows. Enabling this can help random applications or unwanted programs from accessing ports or sites that you don’t want them too.

First of all, use what is available from Microsoft by default. This would include, Windows Defender, Microsoft Security Essentials, and the Windows Firewall. Turn them on and keep them updated. They run in the background and are the first line of defense against many common intrusion methods.

In addition use a virus scanner. Like I mentioned above, I prefer using Avast. It is free, it is updated frequently, and truthfully, I have NEVER had a virus or malware infection while using it. I’m not saying it can’t happen, but it hasn’t for me.

Getting a virus or malware infection can be a disastrous ordeal, or it can just be an annoyance. There are infections which their sole goal is to steal login information. Whether it be from your bank, social media, email, etc. Information like this, in the wrong hands, can ruin your life.

Other infections are merely an annoyance that you just don’t want to deal with. Pop ups attempting to get you to clean your PC, fix infections (which they caused), or to give your PC a tune up. These are definitely the most common type of infection.

If you believe that you have an infection, and aren’t feeling brave enough to scan and clean it yourself, give me a call. I’ll be happy to help get things running the way they should be running. And I’ll also help get things setup to hopefully help prevent future infections.

Response to this project